Chandigarh houses Rock Garden, one of the most spectacular places acclaimed all over the world. This garden is considered and one of the most unique places of attractions in Chandigarh that showcase innovative creation out of recycled industrial and urban wastes. This awe inspiring attraction of Chandigarh is given a look like a lost kingdom and is designed over an area of 40 acres of land. 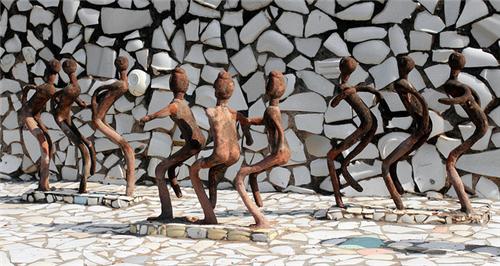 Layout of The Garden:

Rock Garden Chandigarh is established in such a manner that it gets the look of an open-air exhibition hall, theater trove and a miniature maze. The entire garden is set in huge mosaic courtyards that are connected by walled paths. In the artistic theater present here, important performances take place. The garden has 14 chambers that have natural rock formations including musician’s chamber and the “darbar”( main court of the kingdom) where the king’s throne is placed. 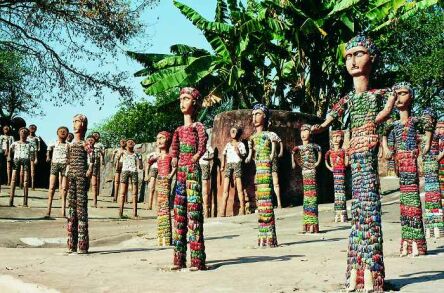 The entrance has small doors that make the persons bow their head depicting humbleness and ambience of royal court. To look at the garden , visitors have to go through varieties of doorways, archways, streets, lanes etc and each one of them opens up into a new set of display or a different courtyard. Every corner of this garden has a new surprise for the visitors.

Rock Garden is considered as a heritage site. This unique creation attracts ordinary people and artists from all over the world. The creator of this garden, Nek Chand, a Road Inspector of Engineering Department of Chandigarh Capital Project, had roamed around the entire area of the Shivalik foothills and had picked up stones that resembled various types of animals, birds, humans and even abstract forms. 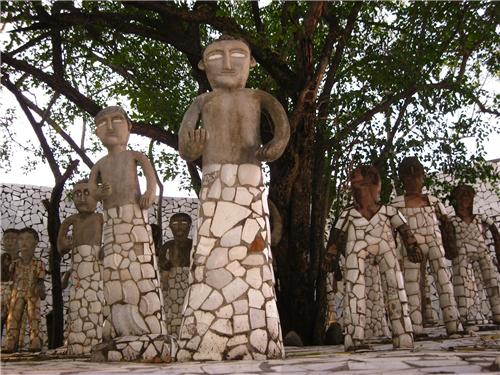 He spent seven years (1958-65) collecting natural materials and various types of natural and industrial wastes.  He collected more than 20 thousands amazing rock forms and then his project of Rock Garden started from the hut he had build for his work by the side of a stream. After accidentally discovered by Dr. S.K.Sharma in 1973, it was decided that the Rock Garden should be preserved in its present form and the garden was inaugurated in 1976.

The Rock Garden’s collection is versatile. It had pieces of foundry lime kiln, metal workshop wastes and other industrial wastes. These wastes were shaped like animals, birds, humans and other abstract forms and were put as sculptures in the garden. Many other sculptures were created using metal wires, marbles. Burnt bricks, hairs from barber shops, handle bars, mudguards, frames and other materials. The other materials used in the garden are discarded street lights, broken sanitary ware, crockery, electrical fitting, broken china ware, broken or discarded glass bangles, building wastes. 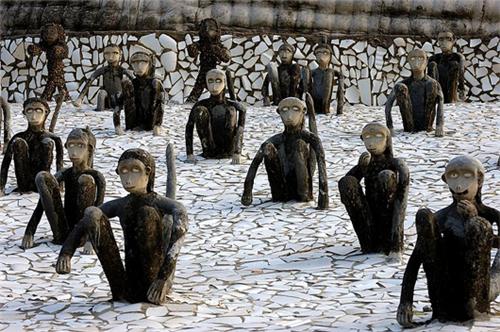 He created mesmerizing structures like palaces, soldiers, monkeys, village women, village life and many other figurines for this unique garden.

Rock Garden Chandigarh is the best example of how innovative ideas could give mesmerizing products out of different types of wastes. The garden is located between the Capitol Complex and Sukhna Lake and is set among waterfalls, sculptures and plazas that are more than enough to mesmerize visitors of any age group. 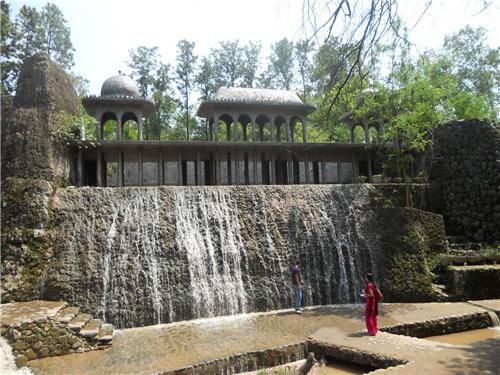 The Rock Garden Chandigarh attracts more than 12 million visitors annually from all over the world.
During summer: Months from April-September, the garden remains open from 9 AM-7 PM.
During winter: Months from October-March, the garden remains open from 9 AM-6 PM.
Opening: The garden is open on all days of the week.
Entry fee for adult: Rs 5 per person
Entry fee for children: Rs 3 per person


How To Reach Rock Garden:

Rock Garden in Chandigarh is a must-to-see place in located in the north of Chandigarh and is a highly appreciated place for visitors as well as the insiders. Chandigarh can be reached via rail, road and air.

By Train: Number of trains are there to reach Chandigarh from different parts of India. There are two important trains that run between Delhi and Chandigarh on daily basis. These are Shatabdi Express and the Himalayan Queen. Train journey is not only comfortable and cost-effective but it allows people to enjoy the excellent views and landscapes around.

By Air: Chandigarh airport is only 12 km away from the city so can be easily reached from the important places of north India like Delhi, Amritsar, Leh , some parts of Uttar Pradesh. Flights from Delhi International Airport to Chandigarh takes 50 minutes so people from outside the country can also reach Chandigarh very easily.