Parks and Gardens in Chandigarh

Parks are places to indulge in leisurely hour in sync with nature. Different themed park having a nuance from tumultuous to nonchalant are present throughout Chandigarh. From the wide options, you can opt for the one of your choice. In Chandigarh you can easily find many historical parks and at the same time you can find many theme parks as well.

With the passage of time our lives have become very fast paced but spending few hours in one of these parks can remind us of our childhood. Some of the popular parks in Chandigarh are discussed below:

Topiary Park in Chandigarh with the lush green grass and ornamental plants is a serene environment to spend the hour. It is open from 8.30 AM to 8 P.M. all the day. 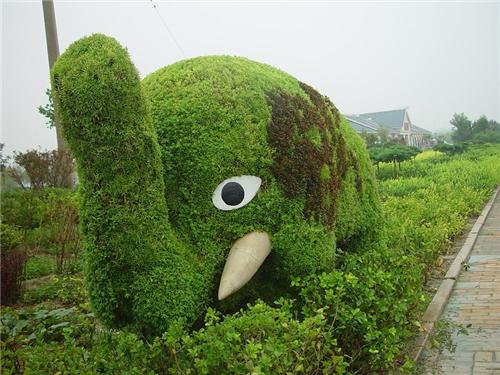 The shrubs and bushes are cut out in the shapes of animals like bears, elephant and many more particularly fascinating the children.

Leisure Valley extends a long distance starting from Sector 1 in the north and exits Chandigarh at Sector 53. Different names are allocated to the varying regions of Leisure valley. 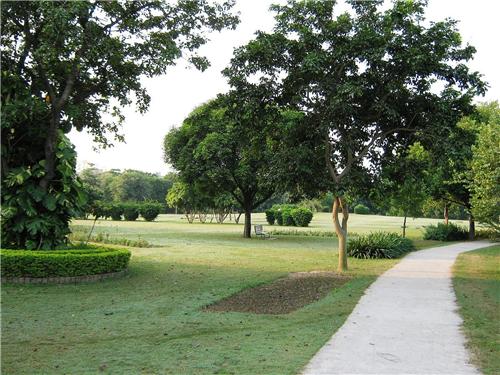 Zakir Hussain Rose Garden rests in a span of 30 acre land and named after the 3rd President of India, Zakir Hussain. The garden is the largest Rose garden in Asia with 1600 species of native and hybrid varieties of roses carved out in lawns and rose beds. Apart from roses, medicinal plants like bahera, bel, harar adorn the garden. 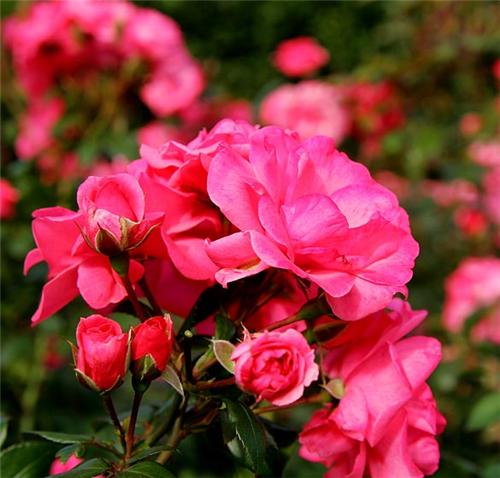 Annual festival of the garden is celebrated in the Rose Garden with cultural fest, competitions and stalls of varying nature. Camel back ride and bungee jumping are the other attractions of the 3 day festival.

Rajendra Park stretches to 4 acres and is found in sector 1. It is more elaborate for walk, yoga lessons, horse riding and driving lessons with a non-raucous ambience and salubrious air. Peaches, plums and mangoes are incessantly produced during the seasons in the Park. Exhibit of Horse show is a peculiarity of the Park. 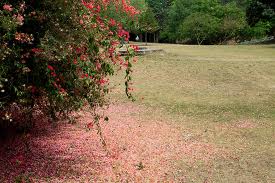 Bougainvillea Garden in Sector 3 extends to 20 acres and vibrant colors of bougainvillea are embellished in the garden amidst the twining creepers that besiege the arcade and the arches.

Opened in 1976 the annual festival of bougainvillea is conducted in the Bougainvillea garden.

Terraced Garden in Sector 33 spreads over 10 acres of land. Adorned with beautiful flowers, the musical fountain adds more glitter to the garden by swerving to the folk songs and film songs in the evenings. Annual Chrysanthemum show is organized in this garden held during every December.

Children’s Traffic Park is kids exclusive targeted at teaching the traffic regulation. Artificial roads and intersections are carved out and basically cycling is learned with all the rules that are stringently followed on road. It extends to approximately 121 acres and is a part of Leisure valley in Sector 23. A lecture Hall and a Cinema Hall is established in the garden.

Shanti Kunj otherwise known as Abode of Peace is located in Sector 16. The park is equanimous and serene apt for long walk through the shade and grassland. 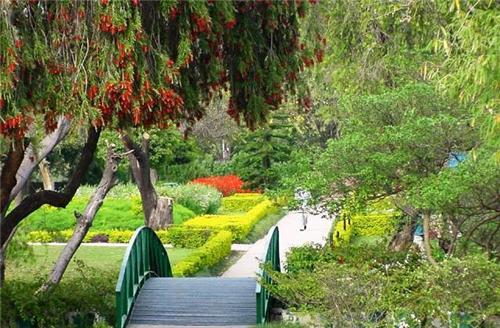 The flowy stream partitions the region into five sections. An open air stage is also entrenched in the space.

Smriti Upavan epitomizes planting of trees for the deceased as the name suggest. The garden which is replete with trees was opened in 1988 by planting a banyan tree for Pandit Jawaharlal Nehru. The garden is seen in Sector 1 adjoining Sukhna Lake and Rock garden.

Fitness Trail Garden is in Sector 10 inaugurated in 1965 but refurbished in 1985.  It is particularly opted for walks and physical work outs in consonance with the nature.

Flower Garden is in the south of trail garden extending to 94 acres with seasonal plants and sculptures sparsely organized to create an artistic environment.