The Mansa Devi Temple near Chandigarh was established in the year 1815 by the ruler of Mani Majra Gopal Singh. The newer temple was set up by the Maharaja of Patiala. This temple symbolizes the worshipers of “Shakti” and people from all over the country come here to pay their homage to this goddess. 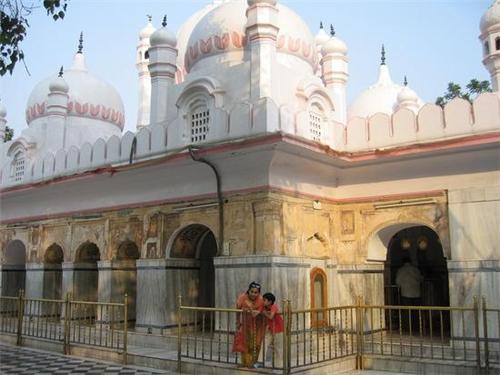 There are two temples within the temple complex and the main temple has goddess Mansa as the main deity. Fairs are arranged near Mansa Devi Temple during Navratras. 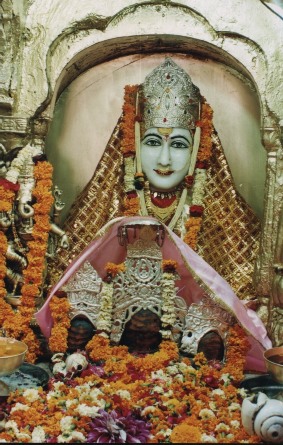 The main temple that is dedicated to Devi Mansa and she gets worshiped in two different forms. One is in the form of Pindi( stone pebble) and another form where she is carved on a marble. She gets worshiped along with two other Hindu Goddesses Saraswati and Lakshmi. The marble bust of goddess Mansa is decorated with gold ornaments and a crown.

The temple architecture resembles that of Mughal Architecture having domes and minarets. The main shrine is located in the center while four cardinal corners are on four sides represent four shrines. The domes are shaped like an onion and are standing on elongated circular drum.


The Darshan at Mansa Devi: 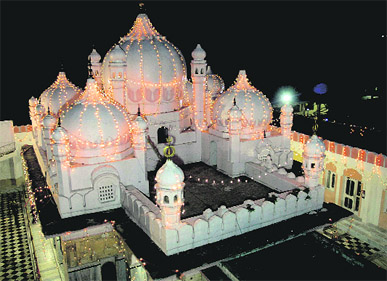 There is a red stone pavement named “Shakti Dhwaj” where devotees wait for their turn to come. Devotees enter the temple in two queues as brass railings are there from Shakti Dhwaj to Ardh Mandap to make the darshan easy for devotees.

The gardens surrounding the temples are considered as sacred gardens and plucking flowers or leaves from here is strictly prohibited. Devotees can buy offerings from the shops inside the temple complex.

These rooms have attached bathroom, AC, toilets with geysers and double beds with mattresses and blankets, table, chair and wardrobe. HTC has constructed a dormitory type accommodation named Jatayu near the temple that has each room with four beds and an attached toilet. 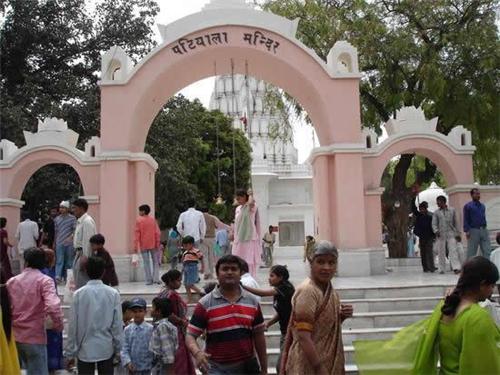 Famous Mansa Devi Temple in Chandigarh is situated 8 km from the heart of the city. The place is located in Panchkula. As per the Hindu Mythology, head of Devi Sati had fallen over here and since then it is one of the most sacred places of Hindus. The murals and paintings present in this temple depict different events of Hindu Epics.

How To Reach Mansa Devi Temple:

National Highways make the road journeys comfortable for the visitors. Kinnaur-Ambala National Highway No. 21 and Leh-Chandigarh Highway No. 22 have buses both private and public, taxis and private cars running on them. Chandigarh is well connected to its surrounding cities via bus services. The natural beauty is eye captivating for the travelers.

Chandigarh being a prominent place of North India is well connected through rail route to different places of north India as well as to the rest of India. Two important trains namely the Shatabdi Express and the Himalayan Queen runs daily between New Delhi and Chandigarh that makes the journey easier for people from rest of India.