City of Chandigarh has a well developed infrastructure and its population according to 2011 census is 1,055,450. The predominant religious group is of Hindus, Sikhs here forms a considerable minority, other religious groups like Muslims, Jains and Christians are scattered at some places. The most spoken language of the area is Punjabi.

This Union Territory has a many notable cultural and education institutions. Some of them are Punjab University which was founded in 1947, the Punjab Engineering College, the Postgraduate Institute of Medical Education and Research, the Government College of Art, the Government Hospital and Medical College. 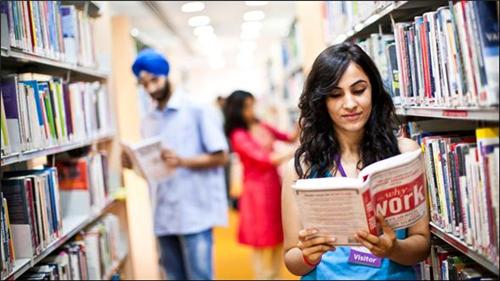 With various Government and private schools and colleges and Literacy rate of handsome 86.05% the city of Chandigarh can safely be termed as a learned city.
The Government of Chandigarh is inclined towards giving proper education to its citizens, hence apart from various schools, colleges and institutions there are many libraries in Chandigarh including few branches of British Library.

To meet the reading needs and requirements of Chandigarh people, libraries have been developed in phases. T.S Central State Library was established in the first phase in sector 17. But as Chandigarh developed and more sectors came up towards south side of Dakshin Marg, the need of a new library was felt. As the third phase of Chandigarh was developed and Mohali, the satellite town came up, the requirement further became the need and to meet this need of library in the south Chandigarh, State Library in sector 34 was established.

Some of the Notable Libraries of Chandigarh are:

This is the oldest library of Chandigarh. This is a public library and a wide spectrum of its clientele is of Students, professors, researchers, scholars, house wives, bureaucrats and retired persons. Calling this Central State library a beehive of scholarly or intellectual activities will not be an exaggeration. This library holds the special respect in the hearts of the citizens of Chandigarh. It has a large collection of books related to all academics and non academics topics which allows a large inflow of visitors in this library. 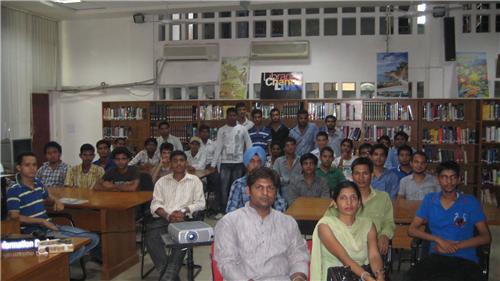 There are two branches of this library; it has a reading room and also a mobile van to meet the need of the area. It is a free library and public at large have a free access to reading material practically at their doorstep.

In 1955 (under 1st five year plan), the Chandigarh public library system was initiated. It was first covered under the scheme “promotion of Art and Culture” of Govt. Of India, but after Punjab State was reorganised the Scheme came under the control of Administration of Chandigarh. Grants were given by Chandigarh administration which ignited the rapid growth of library and fulfilling the demands of public.

The library has a State Library Planning Committee, whose chairman is Home and Education Secretary, Vive Chaiman is Director of Higher Education. Renowned educationalist and a nominee of Raja Rammohan Roy Library Foundation are the respected members. The Committee meeting is hold at regular intervals for discussing the growth and policies for development of the library system.

This library was established in the year1947 in Shimla. The official name of Punjab University library is “A.C Joshi library”. The library was named after the name of the vice chancellor of the university. The offices of the Universities started shifting to Chandigarh in 1955-56, as the city was a new capital of Punjab. In 1958, Dr.S Radhakrishnan, the then vice president of India, laid the foundation stone of the new library. In 1963, Pt Jawahar Lal Nehru, the first Prime Minister of India inaugurated the Library. 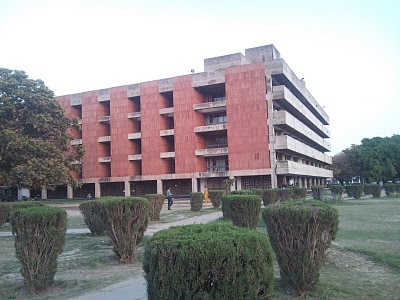 It is a properly planned library, all the reading areas of the library faces North direction, staff areas are on the South side, the stack area is in the between. The two main reading halls of the library face the Shivaliks and have a panoramic view of the hills. The library has a seating for around 500 readers, it is centrally airconditionered and is well equipped with computer and latest communication network. It has more than 6 lakh volumes.

It has two big reading halls, reading rooms, outer reading hall for reading personal books and periodicals & special collection section. There are 90 lockers for researchers and scholars. Out of the collection of 6 lakhs books and periodicals etc it also has a prized possession of 1490 manuscripts.
The library is fully computerized and has an integrated system connected to the campus. The database is regularly updated also online public access catalogue (OPAC) is also available.

Timings:  8 AM- 10 PM (There are different sections and each section of the library has different timings)
Holidays: Sunday
Address: A. C. Joshi Library
Punjab University
Sector 14
Phone no. 0172-2534551

State Library in Sector 34 was inaugurated on 14th Aug 1995, by H.E Lt Gen. Sh. B.K.N Chibber the then administrator Chandigarh and Governor of Government of Punjab. The library initially was started with the collection of 5000 books out of which 2000 was gifted from T.S Central Library and rest of them were a humble donation from public at large. This library came with the promise of preserving and developing culture.

The area of the library is spread over approx. 2400 Sq. Yards. It is divided into three floors. Basement consists of Children section, binding section, acquisition section and storage.
Lobby, reading room and office is on the ground floor. It also consists of Newspapers and magazines section. The first floor of the library contains technical section, reference section and the various academies. The State library is committed towards serving the public at large and is an integral organ of self realization and social democracy.

The State library is famous amongst localities reason being its unique collection of books, fictional, non fictional, history, story, children books etc. This
Library also holds large variety of books in Hindi, English, Marathi and Gujrati. Scholars, teachers, poets and writers all are attracted by the collection of library.


Other Libraries in Chandigarh are: