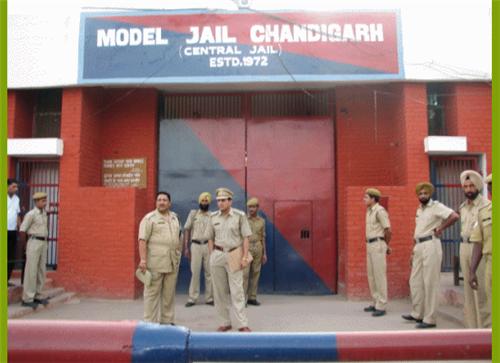 The Union territory of Chandigarh, which is also the capital city for Haryana and Punjab, has several jails to house prisoners of different category. Among all jails in Chandigarh, the Model Jail needs special mention.

The Model Jail in Chandigarh:

The Model Jail, which caters to the need of the three different states; namely, Punjab, Haryana and the Union territory of Chandigarh, is equivalent to a Central jail in its ranking. It was initially set up as sub jail in 1972 and later upgraded to the status of district jail in 1975 and became a model jail in 1990.  Moreover, it is the only jail which lodges prisoners in cases where arrests are made because of ongoing agitations. However, the affairs of the model Jail are regulated by Punjab Jail Manual.

The prisoners in Model Jail are offered all facilities due to them. Convicted prisoners are allowed to meet their friends and relatives, once every week. They are also allowed to communicate with the outside world through letters and other means. This help them to keep in touch with the outside world and once their term is complete, they can easily mingle in the society. However, the undertrial prisoners get such facility twice a week.

The Chandigarh government has also appointed Non-Official Visitors, who visit them on regular basis. The prisoners are allowed the facility of parole when the occasion arises and are offered treatment at the government hospital in case they fall ill. The grievances of the prisoners are regularly heard and actions are taken to mitigate them where it is deemed fit.

Unique Features Of The Model Jail:

One unique feature of the model jail is that, of all jails in Chandigarh, this is one prison, which is never congested. While the jail is designed to house 1,000 prisoners, it generally holds 400 to 500 prisoners. Of late, the jail has undergone modernization process and its security has been briefed up to prevent jail breaks and other unwanted incidents. However, in spite of the best attempt by the authority, the jail still remains understaffed. 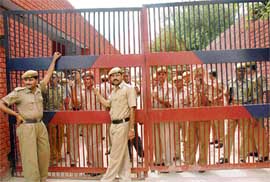 Burail Jail, famous for jail break in 2004, is another of the jails in Chandigarh. The prison houses different category of prisoners.  At the same time, rumors about corruption and nepotism are rampant there. According to one news, even murders, kidnappers and rapists are enjoying B-grade facilities in Model Burail Jail.  They not only receive separately cooked food, but also get more news papers and magazines.

What is more, they generally wear home clothes and get to meet more visitors than is legally allowed. What is more, if claims by Khalistani web sites are to be believed, Khalistani prisoners too are getting special privilege there and that is why they could attempt the jail break. It is needless to point out that such special treatment is in total violation of Punjab Jail Manual, which governs the jail in Punjab.

Explore more about Administration in Chandigarh