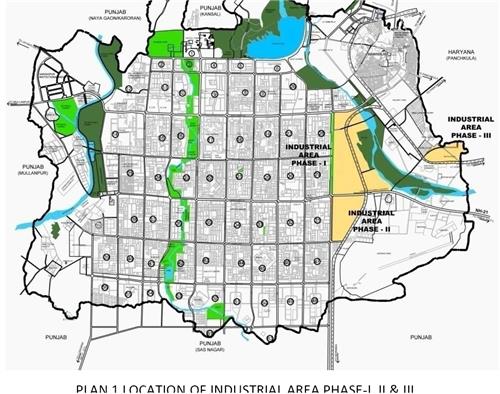 It is a fact that Chandigarh was never meant to be an industrial town; it was instead envisaged as the capital of Punjab after Lahore, the erstwhile capital of undivided Punjab, became a part of Pakistan. However, the founders of the city knew that it will not be able to survive unless it has its share of industries. Consequently, a large tract of land was earmarked for industrial development in the southeast corner of the city.

There are quite a few reasons why this particular area was chosen for development of industries in Chandigarh. Firstly, this area is located in the leeward wind direction. Moreover, it is segregated from the main city area by a green belt. These factors have helped to minimize air pollution in Chandigarh proper. Moreover, this area is located close to the national highway and the railway station. Consequently trucks carrying goods to and from the industrial belt do not need to enter the city and this not only minimizes air pollution, but also helps to keep the city roads free for regular city traffic.

The industrial belt in Chandigarh was initially developed over 1262.14 acres of land in two different phases. Among them, Phase I has been developed over 776.14 acre and Phase II over 486 acre. They together have 1966 plots of various sizes. While smaller plots measure around 5 marlas Ordinance Cable Factory has been set up over 44 acres of land. Incidentally, one marla is equal to 25.2929 square metres.

In addition to these two phases, there is also the Industrial Area Phase III developed according to Chandigarh Urban Complex Plan, 1977. It consists of 153 acres of land. However, this phase is yet to be fully developed.

Nature of Industries in Chandigarh 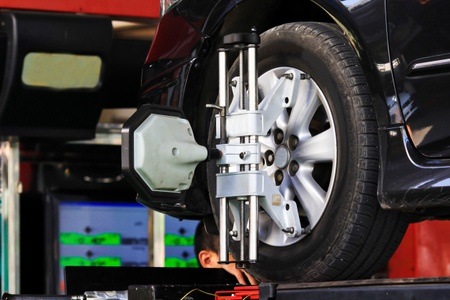 Most of the industries in Chandigarh belong to small scale category and are of ancillary in nature. According to statistics released in 2009-2010, these units employ around 23,340 persons. Following are some of the products manufactured in these units:

Chandigarh does not have many large scale industries. There can be three main reasons for that. Firstly, the constraint of available land is a big hindrance. Secondly, coal and iron, the two most important inputs for any large scale industry are not locally available. Most importantly, because of concern for pollution authorities do not encourage big industries. However, Ordnance Factory in Chandigarh is an exception.

Ordnance Cable Factory in Chandigarh, a subsidy of Ordnance Factory Board Kolkata, was established in collaboration with SUMITOMO, Japan in the year of 1963. In the beginning the unit manufactured Field Telephone Cable JWD-1, Carrier Quad Cable and Spring Steel Wires for Indian Army. However, they now have a broader customer base and supply materials to different Public Sector Undertakings, Department of Telecommunications, Indian Railways, State Electricity Boards as well as to different private enterprises.

Over the years the company has also diversified their product range. They now manufacture different other types of cables and wires to suit the customers’ demand. To know more you may contact at the following address:

In addition to that there are many other well known large scale industries located in the adjoining Ajitnagar and Panchkula. You may refer to our pages on those two cities for a peek into them. 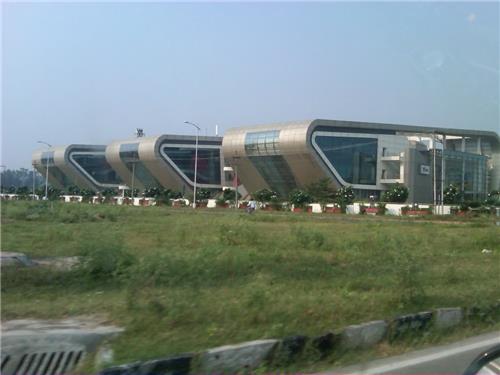 Information Technology is an important part of the industrial scenario of Chandigarh. Because of non availability of land, the government is now trying to attract different IT companies to Chandigarh. Concern for environment is another reason for this. While traditional industries may pollute the environment Information Technology creates no such problems. Contrarily, it generates job for the educated youth, which in turn creates subsidiary employment opportunity for others.

For smooth implementation of its goal Chandigarh Administration has set up Society for Promotion of IT in Chandigarh (SPIC) under the aegis of the Department of Information Technology. The establishment of Rajiv Gandhi Chandigarh Technology Park (RGCTP) has also provided the required boost in this matter. It provides integrated facilities necessary for setting up units by word class IT / ITES / BPO companies in Chandigarh. Following are few of the well known IT companies operating from here:

Chandigarh has two industrial associations. Among them Industries Association of Chandigarh (IAOC) is a 53 years old body established in 1962. It has 203 members representing the different sectors of the industry. Since its inception it has played a pivotal role in the development of local units and has taken up different business related issues with the U.T Administration on behalf of its members. For more information you may write to industriesassociationchd@gmail.com

The other is Chamber of Chandigarh Industries (CCI). It also has a large number of members representing different sectors in the industry. To know more you may contact it at the following address:

Explore more about Business and Economy in Chandigarh