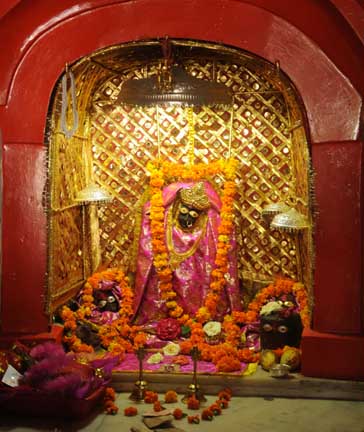 The ever beautiful and probably the most well planned city in India, Chandigarh take you on a mystical journey through its namesake Chandi Mandir. Evidently, the city is named after this temple and it depicts the literal meaning of being the fortress of Chandi, the Goddess of supreme power.

The temple also enshrines the idols of Radha- Krishna along with Lord Shiva, Hanuman, and Rama. Chandi Mandir Chandigarh is situated at a distance of 15 kilometers from the city borders. It is located in a remote hamlet coming under the cantonment area presently.

Chandi Mandir Chandigarh is a Siddhi Peetha, believed to fulfill all the wishes of those who visit this temple with pious intentions. The aura exuded by the deity of temple is so soothing and captivating that once here, you will yearn to visit again.

History of Chandi Mandir Chandigarh is believed to date back to the Mahabharata times and makes it one of the oldest temples of this region.

How to reach Chandi Mandir Chandigarh:

The well planned network of roadways takes you conveniently to the temple which is situated in a small village called by the same name. However, you will need to do a little trekking inside the village to reach there because vehicles are prohibited after a designated point which is en route the temple.

Though, as it can be said anytime is the best time to be in the solace of divinity, yet prefer visiting Chandi Mandir during the Navratri festival. The nine day long festival celebrated in the month of October - November is pulsated by the sheer enthusiasm and festivities engulfing its environment in entirety. 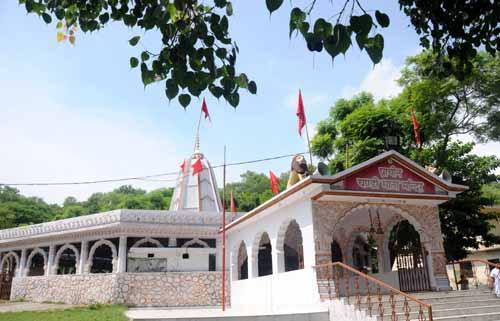 This is the time when the temple witness heavy inflow of devotees from nearby and far flung areas. So, if you seek the absolute divine serenity, this may not be the suitable time for you. But for those who wish to immerse their souls in spirituality, there can be no other best time than this to visit the temple.

The mesmerizing ambiance of Chandi Mandir is so invigorating that keeps you totally engrossed yet there are several excursions around the temple which you can explore to enrich your journey to this beautiful city of Chandigarh. These include the prominent places to visit in Chandigarh like: 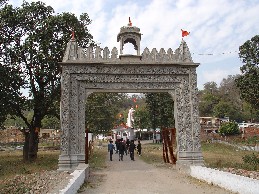 Situated aptly at a distance of 15 km from the main city on Chandigarh- Kalka highway, it is beautifully nestled in the foothills of mighty Shivalik ranges that accentuate the splendor of this ancient temple. Just few kilometers away in close proximity, it has the Mansa Devi temple, another highly revered shrine of Chandigarh.

The shrine is always open to the devotees and has no specified visiting time. However, to enhance your experience of being there, you must visit it in the wee morning hours when the nature adds to its beauty and you can participate in the Maha-aarti. The doors of temple are closed after 9:00 PM.

To accommodate high influx of tourists and devotees, the temple administration has provided facilities like parking space, washrooms, and drinkable water within the premises. Mobiles and cameras are also allowed inside this temple.