Le Corbusier is the man behind the creation of the Capitol Complex. The trio edifices- the secretariat, the Legislative Assembly and the High Court stands adorned with glory in the Capitol Complex located in Sector 1. It serves as the epitome of governance of the Government of Punjab initially but now it is the head quarters of Haryana also.
Comprehension of a Geometric Hill and Martyrs Memorial in the Capitol Complex was in the pipeline but its materialization has not occurred hitherto after envisaging it in 1956. The Open Hand monument in front of the complex is the official logo of Chandigarh. The metallic sculpture was also designed by Le Corbusier.

The Court mimics an inverted umbrella with double roof. The façade of the edifice is coverted by an egg crate screen. It was constructed from 1951 and ceased in 1956. It is basically L-shaped in structure with eight court rooms in the frontal section separated by a monumental entrance from the Chief justice court. 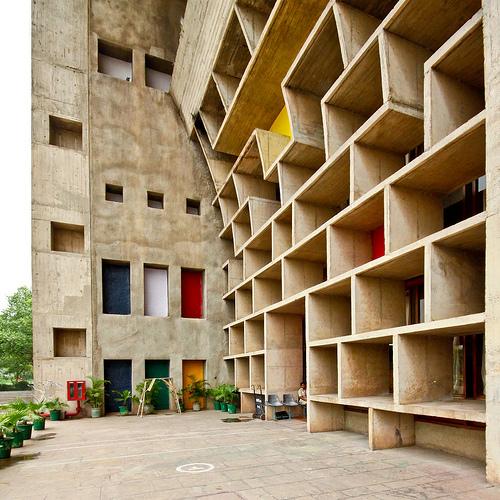 The monument was built in line with the climate restraining by Le Corbusier. The Court was planned to perform under all harsh environmental conditions of summer and monsoon and hence the double layered roof.  A constant air circulates between the two roofs lowering over all temperature. The monument when completed in 1957 was a bit cluttered and lack of space induced further extension towards the rear end. The extension was exclusively brick structure which was completed in 1962.


The Secretariat in Chandigarh:

It is the tallest with 8-storeys and also the largest among the three structures. It took six years for the completion of the monument from 1953 to 1959. The building is 42 m long with six blocks each 8 storeyed interlinked by joints. 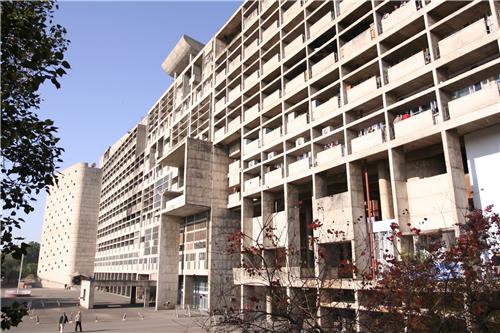 It is on the left border of the Capitol Complex. An array of windows dominate the front and the rear end with sun cool projects.

The Legislative Assembly in Chandigarh:

Built from 1953 to 1963, the legislative assembly has a curved concrete roof made of cast-in-place concrete. It was intercepted as a rectangular shaped citadel with a portico in the façade. There are two legislative bodies within the rectangular shell each in a curvilinear form with a portico in the front and a batch of offices in the opposite area. 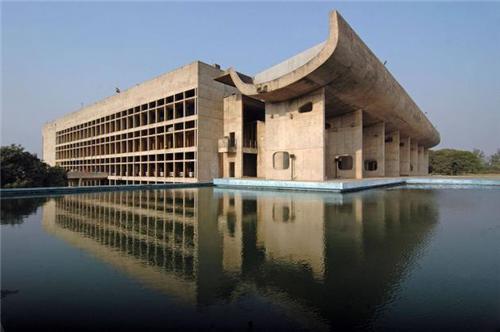 A massive hyperbolic tower besieges the Assembly chamber of Punjab Assembly ensuing a sculpted look. Council Chamber of the Haryana Assembly has a pyramidal roof and it is fashioned in a rectilinear mode with an embellishing North light.

Overall it is the epitome of attraction among the three citadels. For permission to visit the Capitol complex you can contact: