Art and Culture of Chandigarh

Since majority of people living in Chandigarh are Punjabis the city’s inherent culture has a distinct Punjabi overtone in it. The cosmopolitan nature of this city has also left its mark on it. Therefore, we can see that culture of Chandigarh has actually been formed by the amalgamation of two opposing forces. People here are warm and open hearted. They are also friendly lot and love dancing and partying. At the same time, they are also very hard working and consequently many of them have established themselves at their chosen field.

While the official language of Chandigarh is English, majority population here speaks in their native tongue Punjabi. Although this language is written in Gurmukhi script it has a close similarity with Hindi in its oral form. Therefore, even if you do not know Punjabi, you will not find it hard to communicate. Besides, Hindi is also another popular language here. Nonetheless, the younger generation mostly speaks in a mixture of English and Hindi or English and Punjabi. 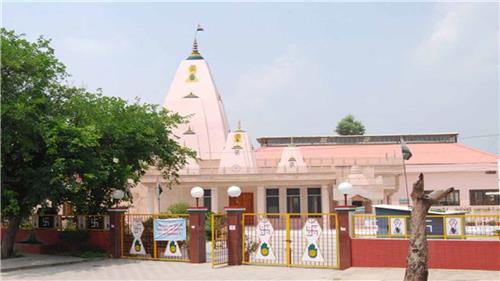 People of all faith live in Chandigarh. However, Hindus are the dominant group here followed by Sikhs. If we go by percentage, we will see that Hindus constitute 70% of the population while Sikhs make up 20%. Muslims, Buddhists and Jains make up rest of the 5% of the population.

Just as in any cosmopolitan city, men mostly wear trousers and shirts. However, few of the older generation still stick to their traditional salwar and kurta. Women mostly wear salwar suit, sarees as well as western attire like skirts and trousers.

Music and Dance in Chandigarh 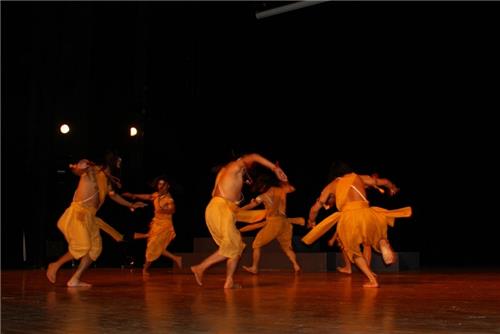 People of Chandigarh are very fond of music and dance. Although bhangra, the traditional Punjabi dance, is still very popular here people are equally interested in other forms of dancing.  The city has many dance classes spread all over. While some of them teach western dances such as hip hops others concentrate on traditional Indian dances such as Bharat Natyam, Kathakali and Odissi.  For a list of dance classes in Chandigarh you may click here.

Drama and Theatre in Chandigarh 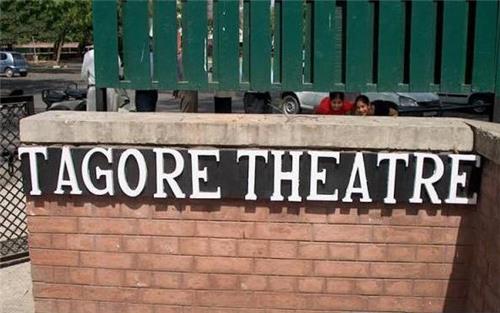 Chandigarh also has many institutions dedicated to the promotion of theatre as a performing art. Among them we can mention Chandigarh Art Theatre, which not only hold drama and dance classes, but also organize shows in different cities in India. Badnam Log, Thank you Mr Glad, Chirag Jal Utha, Proposal, Preeto, Kriti Vikriti, Amrit Putra, Parda Udne Se Pehle, Baap Re Baap, Khilji Ka Dhant, Harapa House etc are some of their popular productions. In addition, they have arranged numerous street pays and dance shows in and outside Chandigarh.

Another big name in this sector is Art and Act Academy.  Their play Kanyadan, penned by playwright Vijay Tendulkar, has been acclaimed not only for its storyline but also for its great performances. Chandigarh Institute of Performing Art and Wings Theatre Academy are two other important institutes dedicated to the promotion of performing arts in Chandigarh.

Apart from the above mentioned institutes, Chandigarh also has few more institutions dedicated to the promotion of art and culture. Punjab Arts Council, promoted by Government of Punjab, is a respected name in this field.

Punjab Arts Council is an autonomous body formed in 1981 with the aim of promoting art, culture, literature and performing art in Punjab. For those who are interested in the art and culture of this region a visit to their Art Gallery and their Sangit Shala is a must. The council also has an open air theatre and an air conditioned auditorium for holding cultural events. Each of them has a seating capacity of 300 people. For more information you may click here. You may also contact it at the following address:

Pracheen Kala Kendra is another primer institute dedicated to art and culture in Chandigarh. It was established in 1956 by Shri M.L. Koser, a great exponent of Indian classical dance. Its main aim was to revive the great heritage of Indian dance and music and impart training to budding artists in their chosen fields. Today it works tirelessly for promotion and preservation of Indian classical art. From a single institute in 1956 it has now grown into a pan India organization with a network of more than 3500 affiliated centers located all over the country. Moreover, the institution today covers every aspect of art and culture, which includes classical dance, classical music (vocal and instrumental) and fine arts (mainly painting).  To know more, you can contact at the following address:

Explore more about About Chandigarh