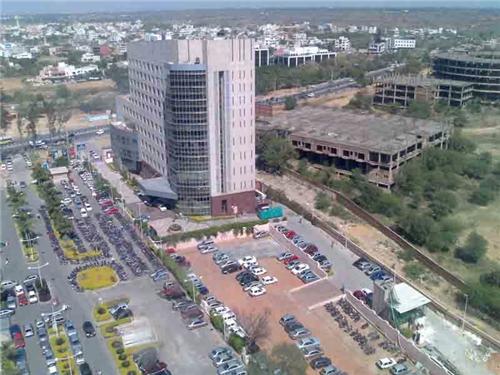 Effective from November 1, 1966; Central Government made Chandigarh a Union Territory in accordance with  Section 4 of the Punjab Reorganization Act, 1966 with its administration functioning directly under the Central Government. Under the provisions of this Act, the laws in force in the erstwhile State of Punjab prior to November 1, 1966, continue to be applicable to the Union Territory of Chandigarh.

The two important secretaries are the Home Secretary which holds portfolios like Housing, agriculture, Health, Tourism, Industries, Police etc., and the Finance Secretary which looks after the finance and planning of the city. Under them, are additional and joint secretaries. Multiple agencies work together to look after the administration of Chandigarh.

The 16th and the current MP of Chandigarh, is Mrs. Kirron Kher, from the Bhartiya Janta Party.

Given below is a table to clearly describe the various organs of Chandigarh’s administration and the areas they handle:

These four departments together ensure an efficient administrative system for the city. Also, the city is divided into sectors in order to ensure the best of facilities for each part of the city.

The Indian Reserve Battalion of Chandigarh Police is looked after by the Commandant, IRB. For the purposes of policing, the city is divided into Central (Sector, 17, 11, 3), East (Sector 26, 19, Industrial Area, Manimajra) and South (Sector 31, 34, 36, 39) divisions.

The city is divided into four sub-divisions; Central, East, South West and South East Zones and traffic regulation in each subdivision is done by a traffic team led by a separate Traffic Inspector. The internal administration of the traffic police is looked after by the Inspector (Administration), who is also the In
charge of the Chandigarh Traffic Control Room, from where the toll free traffic Helpline (1073) is operated.

The Chandigarh Transport Undertaking functions under supervision of the Home Secretary who is also the Secretary, Transport. The Director, Transport, carries out day-to-day management, assisted by three general managers in addition to works managers and other staff.