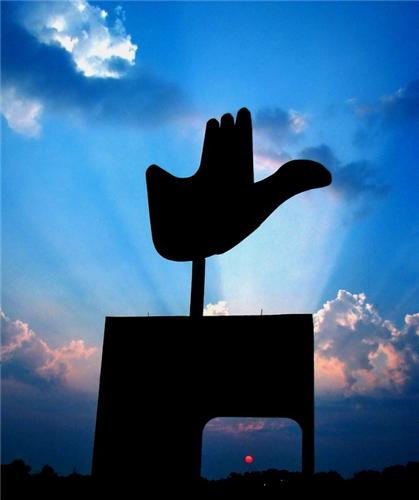 Chandigarh is the dream city of India’s, First Prime Minister, Shri Jawahar Lal Nehru and is one of the liveliest cities of India. It is the only city which serves as the capital of two states, Punjab and Haryana. This beautiful city holds the pride of being first planned city of India. The city is known internationally for its architecture.

A French architect, Le Corbusier has a credit of planning this pleasing city in the foothills of Shivaliks, other architects who were involved in the project were, Jane Drew, Pierre Jeanneret and Maxwell Fry. The city is said to be the best experiments of twentieth century in modern architecture and urban planning. The city has a highest per capita income amongst the other states and union territories of India. According to the study of 2010 the city is declared the cleanest city of India.

Dense Banyan and eucalyptus trees cover most of the area of this beautiful city. Other trees which flourish in the ecosystem of the city are Asoka, mulberry, cassia etc. Chandigarh is surrounded by the forest area sustaining many animals and plant species. Animals like Deers, barking deers, sambars, woodpeckers, peacocks and parrots are easily spotted. A lake by the name of Sukhna hosts variety of geese and ducks and also attracts migratory birds.

Past and Present of Chandigarh

The city is known to be the home to the Harappans, about 8000 years ago. The area on which modern Chandigarh is situated was once a wide lake surrounded by marshlands. Many Fossil remains have been discovered from the area, which are widely of aquatic animals and amphibian life.
During the medieval period the city was a part of prosperous province of Punjab. During the painful partition of the country in 1947 Punjab was divided into East & West Punjab. The city was envisaged to resettle the refugees who were uprooted from the west Punjab and also to serve as the capital of East Punjab. 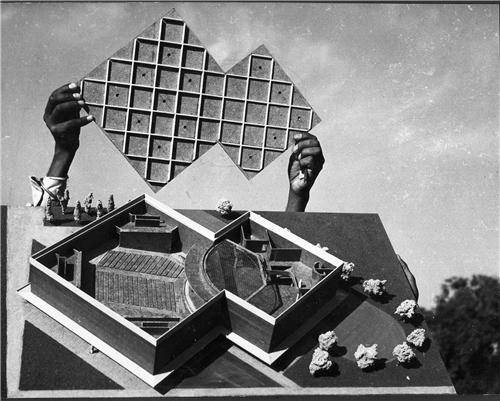 Government of Punjab along with Government of India approved the site on the foothills of the Shivalik range for the new capital of the state in 1948. According to 1892- 93 gazetteer of the district, the location was a part of Ambala district when the decision for making a new city was taken. In 1952 the foundation stone was laid. And at the time of reorganization of the state into Punjab, Himachal Pradesh and Haryana on 01.11.1966 the city of Chandigarh being on the border, assumed a new and distinct position of becoming the capital of Punjab and Haryana, and the city itself was declared a union territory, which comes under direct control of Central Government.

How Chandigarh derived its name?

The city derived its name from the temple, “Chandi Mandir” which is located in the vicinity of the selected site. The main deity of the temple is Goddess Chandi, there was a fort or ‘Garh’, which lay in front of the temple. The name ‘Chandi’ with ‘Garh’, gave the name ‘Chandigarh’ to the city.

Geography and Climate of Chandigarh 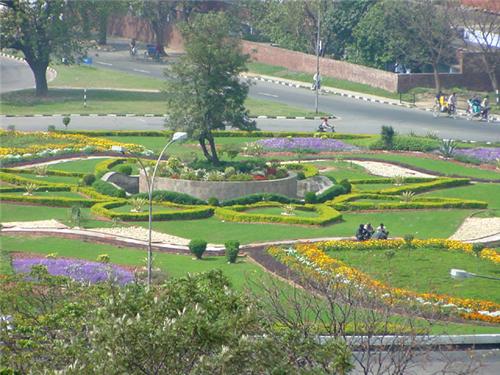 Chandigarh experiences extreme climate with hot summers and cold winters. The various seasons in Chandigarh are: Spring (Mid February to Mid April), summer (Mid May to Mid June), monsoon (Mid June to Mid September), autumn (Mid September to Mid November) and winter (Mid November to Mid April). May and June are the hottest months of the year where temperature can rise up to 44°C. Average temperature remains 37°C to 26°C during summer season. January is the coldest month with average temperature dipping to 4°C or 5°C.

With Chandigarh sharing its capital with Punjab and Haryana, there are lot of government offices. Therefore the place is also known as “Pensioner’s Paradise”. Government has set up Ordnance Cable Factory in Chandigarh.

There are about 15 large and medium industries out of which two are public sector industries. Paper manufacturing, alloys, basic metals and machinery are the main industries of Chandigarh. Industries related to food products, auto parts, sanitary ware, machine tools, electric appliances and pharmaceuticals are some other industries in Chandigarh. With a very high per capital income, it is one of the richest places of India. 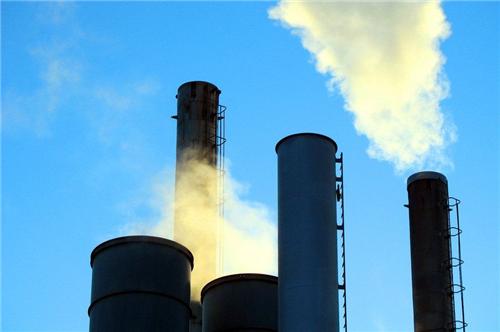 City is attempting to break into information technology world by opening up Chandigarh IT Park. Proximity to Delhi, Punjab, Haryana and Himachal Pradesh, infrastructure of the city and the Information Technology pool of the city is attracting IT business in the city. Many national and multinational IT firms have opened up their offices in Chandigarh, DELL, IBM, Infosys and Quark are some of them.

Art and Culture of Chandigarh

Various cultural activities are organized in the Union territory of Chandigarh. Apart from celebrations of national festivals of Independence day and republic day, annual Chandigarh carnival is also organized to attract tourists.

Rose festival, as it is popularly known, the festival of gardens is one of the mega events of Chandigarh.  It is a three day cultural bonanza, where famous artists or singers are called to perform. Chandigarh Arts Council, Lalit Kala Academy, Sangeet Natak Academy, Sahitya academy  and The tagore theatre Society all organises various events and programmes to promote Art and Culture and get government aid for the same.

Chandigarh has many malls and multiplexes like Wave Emporium mall,  PVR mall, DT mall, Elante mall and Fun republic mall, out of which Elante is one of the largest mall of north India. There are also 3 single screen cinema halls namely, Neelam, Kiran and Batra. Chandigarh is a home to various inter-state sports teams. The cricket team of IPL, Kings XI Punjab is one of them. There are two famous gardens  Zakir Hussain Rose Garden and Rock Garden, the former of which is one of its kind in Asia. For more on movie halls and other forms of entertainment, click here

Travel and Tourism in Chandigarh

Chandigarh is home to many magnificent gardens with splendid features namely;

Chandigarh home the largest of Le Corbusier’s Open Hand sculptures, which is 26 metres high. This is a sign of peace and reconciliation. It presents the give and take idea.

For more details on tourism in Chandigarh, click here

Air: Chandigarh is very well connected with the major cities of the country by Air transport. It has scheduled commercial flights to all major cities like, Mumbai, Delhi, and Srinagar etc. A new terminal for International flights is under construction.

Rail: The Railway station of Chandigarh lies in the Northern Zone and provides a good connectivity with all major cities of the country like Mumbai, Delhi, Jaipur, Kolkata, Bhopal, Lucknow etc. Cities like Ambala, Panipat and Kalka are also linked with railways.

Road: The roads of Chandigarh are wide and have good parking space. CTU or Chandigarh Transport Undertaking operates in the city and provides public transport buses from ISBT. It is in sectors 17 and 43. Bus services are available for within and outside the city, like to Punjab, Himachal Pradesh,Haryana and to Delhi. Chandigarh lie on national Highway 21 and also is connected to National highway 22.

For more details on transport in Chandigarh, click here


Explore more about About Chandigarh